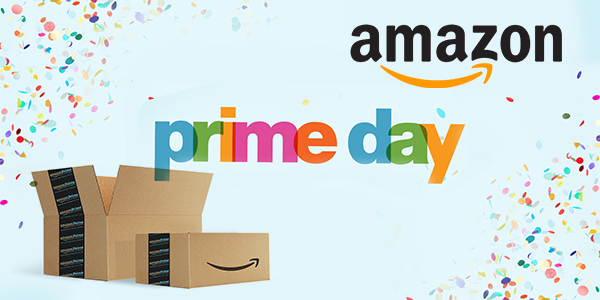 To celebrate its 20th birthday last year, Amazon came up with Amazon Prime Day, promising to deliver more bargains than Black Friday and it was so successful they’ve decided to do it again. But are online retailers and internet shoppers ready for yet another huge retail event?

Amazon says it’ll heavily discount more than 100,000 things on Prime Day this year, and there will be other promotions during the run-up to 12 July while according to Greg Greely, Head of Amazon Prime: “The objective is for people to find a fantastic deal on something they want and something they need, and everything in-between. It literally is tens of thousands of deals.”

So do you know when the deals are happening and is your online business ready to cope with a spike in internet sales? Here’s everything you need to know about this latest event in the online shopping calendar.

In the UK there will be new offers every five minutes for customers across all departments and product categories, and purchases will be available to pick up in a selection of nationwide locations.

Prime Day deals of the day will only be available to Prime members, who will also get early access to lightning deals; but even if you’re not a member, there will still be plenty of deals and promotions from Amazon and plenty of other sites to take advantage on as all the big stores ride the ‘deals wave’ at a traditionally quiet time of year for retail.

WHEN IS IT TAKING PLACE?

Amazon will launch its biggest summer sale event ever, Prime Day, for members to enjoy thousands of deals for 24 hours only. They have since decided to make Prime Day an annual event, and this year Amazon Prime Day is on 12 July 2016.

Amazon is also doing what it does with Black Friday and Cyber Monday – running a week of deals. The deals week started on the 5th of July.

WHAT DOES IT COST?

The catch is – you have to be a Prime member – which costs £79 for the year and gives you access to free delivery and deals such as this. Prime, of course, is Amazon’s free delivery membership scheme, which has expanded to include streaming video, music, ebook rental and photo storage.

However, if you aren’t currently a member of Amazon Prime you can take advantage of the 30-day free trial, which you can then cancel if you don’t want to continue as a Prime member.

Last year alone some 230,000 Amazon staff members dispatched $107 billion worth of goods to over 304 million members around the world, and even though it’s highly unlikely that your business is as big as this huge global internet shopping giant; if you are an online retailer you need to take Prime Day seriously.

So if you run a warehouse you need to be prepared for the onslaught that may be around the corner as time spent picking, packing and dispatching through various different couriers is time that could be spent fulfilling more online orders and achieving greater customer fulfilment.

HAVE YOU CONSIDERED WMS?

A bespoke warehouse management system is easy to implement, simple to use, and suitable for just about any type of warehouse.

Whether you’re involved in 3PL warehousing, transport, co-packing, fulfilment or e-commerce, or perhaps simply store your own goods, Optima’s WMS software can help you to run your warehouse more efficiently, more accurately and ultimately more cost effectively, particularly during some of the busiest times of the year.

Ready to get started?

Leave your name and contact details. Our Team will be in touch.

Background Simone Rocha is a designer fashion brand based in London. Simone Rocha herself is an award-winning designer and daughter of designer John Rocha. They specialize in high-quality, high-value, low-volume goods which are distributed both to retailers (B2B) and to...